Welcome to the demo of my first ever project dubbed "Blue Allegiance". The title is still a placeholder, and open to change in the future. I'm still new to RPG Maker MV, and really wish to see how my project has been shaping up so far, both in order to learn and grow as a creator.

Blue Allegiance, in its current state, is about a 2 hour long prologue with a small beginning of chapter one. The game itself is a standard story-driven RPG with a CTB-type battle system with turn orders. The story follows the actions of a newly appointed Captain of the Royal Army in the Kingdom of Leist, a nation recovering from a short-lived civil war. The city knights can no longer keep up with their daily tasks. Calling upon the Royal Army for aid, the main character, accompanied by a small group of newly graduated knights, starts to patrol the Royal City in order to maintain order after the war. While the conflict may be over, the threat hanging over the Kingdom has yet to vanish.

As a big fan of the "Trails" games, I've taken inspiration from that series, in the sense that there is a large focus on world building and NPC dialogue. With each major event, NPCs will update their dialogue. Aside from that, readable books and hidden events will also be accessible to the player. Flashbacks are also an important story mechanic. When meeting certain conditions, the player can delve into the past and experience the memories of certain story characters firsthand.

Unpack, and you can run the game by going into Project1, and running the game.exe.

Hi there Rose I have made a little first impressions video with your game if you want to check it out sometime.

---Spoilers and Bad Language are in the Video---

(Feel free to move or delete)

Hey, thanks so much for this! I haven't fully checked it out yet due to nerves (real time commentary!!) but thanks a lot for doing this.

From what I gathered, it seems like your main consensus is the amount of dialogue vs well...the rest of the game. It's a very fair take. Something I was very worried about as I was making and progressing my project. I have taken steps to add some combat quests, and the idea is that the story will naturally bring you to the first dungeon, after which some puzzle dungeon crawling will become the main focus of the gameplay.

Still, this is valuable feedback, and I will see if I can somehow make the story sections where the dialogue and text take precedense more engaging in ways. Thanks a lot! I will take it to heart.

I think what you have so far is great for a work in progress and I can see a lot of potential ! It would be nice to have a few puzzles or a few more battles early on to spice it up a little. And please don't take too much what I say to heart, I'm just some random guy online messing around xD

If you are looking for more feedback there is a discord server you can join that tests games and give help. Lots of friendly people https://discord.gg/sd9b8em

I hope you stick with your game, I am going to follow and see where it go's :)

Hello! I just tried your game out and figured I'd share some of my first impressions.

First of, even though the core of the story is not exactly new, the writing is refreshingly good. That was the best part of the game for me, so good work!
However, the font is a little bothersome. It's mostly the "e"'s that makes the text difficult to read.

When I got into the prologue, I found that the rushing water sound effect, was a tad too loud - but ambient sound is important, don't get me wrong.

I like how the character runs by default and the actual running animation. A welcome surprise.

There was some parts of the map that made the top of characters head disappear, which wasn't a big deal, just found it a little odd.
But speaking of the mapping, it's quite good for your first game but I would be careful with making the rooms inside square all the time, as it gets boring to look at, somewhat quickly.
Also, generally, I personally think that there is just a tad too much open space on some of the maps. It kinda makes sense with this "Grand Kingdom" going on but there was a lot of empty space. But that's just how I see it, I'm sure others might disagree.

Overall, it's shaping up to be a very a nice game. The writing is what stands out from all the other games with similar stories, so keep focusing on that would be my advice.

Thank you so much for playing, and for the feedback!

I've actually noticed that myself as well, but never really thought much of it. I guess if other people notice it too, I could try looking into using a different font for the game. I like this font aside from the e, so it is a tough decision, but hopefully I can find another I'm contend with. I'll also see if I've consistently put the water at 45-50% on all maps, it's quite possible I might've left some at 90%, so thanks for pointing that out!

I'll check out the head mapping through further testing, wouldn't want that to persist. Square rooms are also a thing I will try to move away from going further.

I do have a Twitter, but due to circumstances is set to private for now: https://twitter.com/Roseille1

I'm planning on posting updates here as well, though. Again, thanks so much for playing! ^^

I haven't played the full demo yet but I enjoyed what I tried so far :)

Thanks so much! I really appreciate the feedback and you checking it out. :) 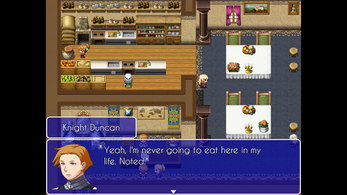 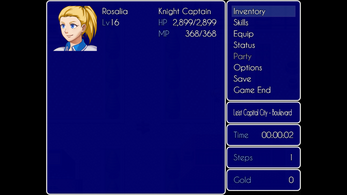 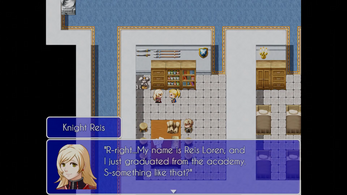 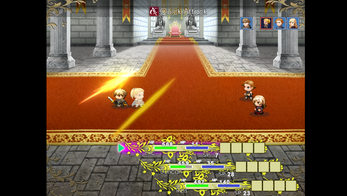 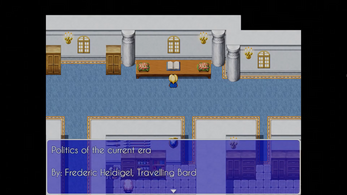 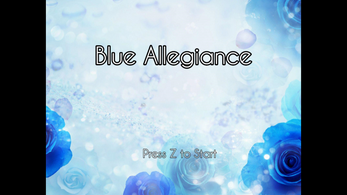